Awww such a cute puppy! Okay… tail wagging… Check! Super fluffy fur… Check! I am ready to get petted.  STOP!  DO NOT TOUCH MY DOG! (wine like a dog when you say“oh man”)… once again my owner has to stop this wonderful experience from happening! (say “again” like you are annoyed)

Hello grade 4 students and Ms.M, I am Yulie and today I am with Fluffy the dog and today Fluffy will be taking you through A day in the life of a dog!

How do you think a dog’s morning begins? With a whole load of fluff and poop! Ok… let’s start from the beginning. Well, I would just be sleeping then suddenly… OH I NEED TO POOP. I leap through my doggy door and FREEDOM! I am outside. I do what I need to do and I’m off. And I don’t have to do anything. The humans serve ME! When I come back inside I go to my owners and I jump on their bed and start being very annoying like I would HOWL or I would bite and bark so they would have to get me FOOD! After FOOD I go on a walk and I love attention and getting pedid. Sometimes I see kids and I really want to get petted but probably my owner will ruin this moment (say “AGAIN” like you are annoyed). But what no she didn’t ruin it and I was very confused and I had a lot of questions like “Why did she not say STOP DO NOT TOUCH MY DOG or get mad?”

Point 2: When my owners go to work I go “INSANE”. I will run everywhere and jump on everything like on the sofa and the counter knocking everything in my way but my owners HATE when I do that so they poot every away. After I go INSANE I take a nape and then go INSANE again then take a nape again until my owners come back home. I finally realize why I am so busy… and it is because I AM STARVING! I only ate like 10 minutes ago. MY NEW MISSION – to find FOOD!! So I start with my nose to the ground and go everywhere to try to find FOOD. I check in the kitchen and pantry but no FOOD! Ugh there is no FOOD anywhere! So I just grabbed my food bowl and MAKE the biggest HOWL and wait for my owners to rescue me from my starvation!

Point 3:How do you think a puppy acts at night? CRAZY of course. At night I will go CRAZY like I will run everywhere and I will make a lot of noise. I will howl and bark because I’m soooo bored and there is nothing to do and no one is giving me the attention I deserve!! UGE WHAT DO I DO!!!! I could go to sleep naa what about just laying in bed (Nod your head when you say “Ya”) I should! So I just laid there and laid and laid entel BOOM I falled asleep. Some nights I just fall asleep instantly and no craziness. It is because I have gone on a long walk or ran a lot or maybe it was a crazy day but by the end of the day I fall asleep. I have a stuffy named Rocket man. He is a bird and I love to play with him and sleep with him. I wish I could bring him but he is shy.

Conclusion: So this is A day in the life of a dog.

But remember when you see a doggo, listen to the owner (even if we seem excited!) and always remember to leave tasty treats.

I did not get in to the finals or win but I silt has fun watching my friends win and writing this speech I hope you a great day and good bye!

So I’ve be doing Innovation day about the medival times. I was asked to make a castle with a working drawbridge. The Medieval times were about 10 centuries ago. At this time there was a system in place that put people in order of powers. I researched about the Lords and Serfs. The King and Lords lived in castles.

This is the difference of Lords and Serfs: 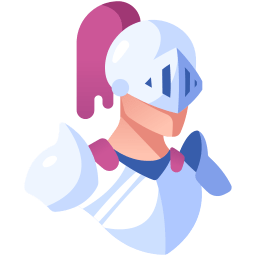 The Lords
Lords could do what ever they wanted. Lords were rich they lived in big and beautiful house. They also had servants. They wore lovly clothes all day. They owned the land that the Serfs used. They got to learn.

The Serfs
Serfs were poor peolpe. They wore riped and old clothes. They had to work all day on the land that the Lords owned. They lived in smal mud and straw houses. They did not get to learn and they were treated very badly.

Here are some facts about castles: 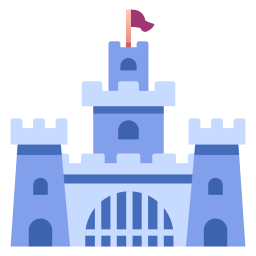 (I am so sorry that the vidoe is very glitchy and wird it hapend with all the videos.)

So this is how my castle looked during the building process: 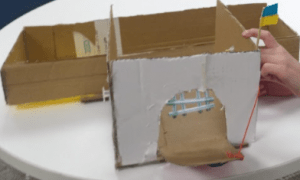 This is my gear and pulley system:

This is my procedure for my castle:

This is my tour of my finshed castle:

This is my building process. I started with just thinking only about a pulley system but if I wanted to upgrade it to the next level I had to add a gear system.  I tried lots of ideas but none of them worked. Ms.M was my thinking partner and she saw that I was having a problem with my gear system.

This how I problem solve:

I started with just getting one gear sticked to the casle wall. But I quickly realized it needed an axel to spin. I then started geting a big problem with the rope. It would fall off a lot. So I invented the flap to help the rope stay on the gear. That’s how we problem solve and it worked!

In real life lifting a heavy a bridge with a rope would be impossible with gears. Gear make make heavy lifting easier and faster.

Hi everyone so my teacher told me and my classmates that we had to write 2 paragraphs about if we want to be a pirate and so here it is.

Being a pirate sounds so cool. I love to sail and I want to be rich. But being a pirate on a boat all day, every day would be really hard. Being on a pirate ship all day will make me sick! The boat would be bouncy and that would make me sick going up and down all day.

If I’m on a boat all day I would be pulling ropes and other heavy things like crates and barrels all day. My brother was a sailor on 2 tall ships and he told me that it is a lot of hard work.

I wonder if they ever see their families? And do they have families? What if they run out of food or water? How can I be a pirate when the winters are cold in Canada!

You know when at one point in life you watched a pirate TV show and it looked so cool. But does it look cool? If pirates were real that would be cool or weird.

A Pulley system in a simple machine. It makes our lives easier. I made a simple pulley with my friend. Here is my final Pulley system!

Hi everyone! So my teacher told me to show a little bit of my story so here you go.

Choo choo the train chugs into the station… All the formula 1 driver were waiting for their train. The Boss of F1 told the first drivers to go in pairs of 2 and get a 1-second driver…

Today we did a experiment for sound. We watched a video about the experiments.

I was in a group with two boy no girls but it was Okay. I worked on my collaboration skills with kids i wouldn’t work with normally. Here we are making the telephones:

Experiment 1 we made yogurt cup telephones it only sooooo weird! We had to attach different types of string to the cups to see if sounds travelled. It did a little bit but i think we need a better string and a quiet space to listen. Here are my friends trying the experiment.

We also made a model of the ear to see how sound travels to the brain.

How does light travel when it is being reflected?

Can I hit the bullseye target with my ray of light?

What would happen if I used multiple mirrors?

Hypothesis (what do I think will happen before my experiment and why do I think that?)

I think that if we had a lot of mirrors it would shine on each other.

What materials have I used

Procedure – What did I do (Step by step):

Observations: (Explain what happened. What did you see? You can record a video, take a picture with labels, or write it out. Make sure you use keywords no matter what you choose)

Conclusion: (Was my hypothesis right? What happened and why?)

My hypothesis was right, because when I shined the light on the mirrors and it shined on the bullseye.

Hello my name  is Animal Lover and I will till you my  trip to Mexico.

About 3 years ago I went to Mexico with my family. We drove to the Toronto airport in the middle of the day. When we got there we got checked in and we waited a long time before we got on the plane. When we went to the next airport it was crazy!!! The first crazy thing that happened was they lost my little brother’s stroller. So, my Mom asked the information desk where to go and they  sent her to the 2nd floor. There was security on the 2nd floor and he asked her why she was there and she told him that the guy at the information desk sent her.

Finally we got to Mexico!

On the first day we unpacked then we got food.In Mexico the food was great. I loved everything but my favourite was the Sushi and the dessert.

Over the next few days, me and family went to the beach. The water was salty and it was a really clean beach, it was lovely. I did some snorkeling but it didn’t work out! My mask kept getting salt water in. ERGH!

One afternoon, me and my family walked  to see dolphins. It was pretty close to the hotel. They were so cute and I got to pet them. When we were leaving, a dolphin wanted to come but it couldn’t come with us. I felt sad! They had such a small area to swim and there were many of them. I wished they had a bigger area.

The last few days were spent enjoying the beach and going for walks.

Finally, we left Mexico. It was really fun and I miss Mexico.